Kira is a lovely 1 year old Tonkanese and is a patient of our Sevenoaks branch.

She recently visited us with a history of vomiting, diarrhoea and lethargy.  At home she had vomited up some yoga mat (her owner reported she often ate things she shouldn’t!)  On presentation she had an elevated temperature, was quite uncomfortable when the Vet palpated her abdomen and was showing signs of dehydration.  Further investigations were recommended to which the owner consented.

Radiographs revealed fluid within her abdomen – seen on the radiograph as grey fluid amongst her abdominal organs, this is suggestive of peritonitis.  Peritonitis is inflammation of the inner lining of the abdominal wall which covers the organs such as the kidneys and liver, this is usually caused by bacteria being present.  On the radiographs her intestines had also formed a ‘stacking’ pattern – often seen where there is a foreign body.

Exploratory surgery was recommended as the next step to the investigation and this went ahead.  A laparotomy was performed and it was noted that a small piece of intestine had been perforated by green foamy material – suspicious of the yoga mat!  This piece of intestine unfortunately had to be removed.

Kira recovered well from her surgery and was hospitalised under the care of our 24 hour nurses on intravenous fluid therapy, antibiotics and pain relief. As you can see she received lots of night time cuddles.
By the very next day her temperature had come down to normal and she was eating!

Two further days later she had transitioned onto oral medication and her appetite was slowly increasing, therefore she was discharged home to her owners 4 days post op.

We are pleased to report Kira was doing fantastically at her re-check and was signed off. 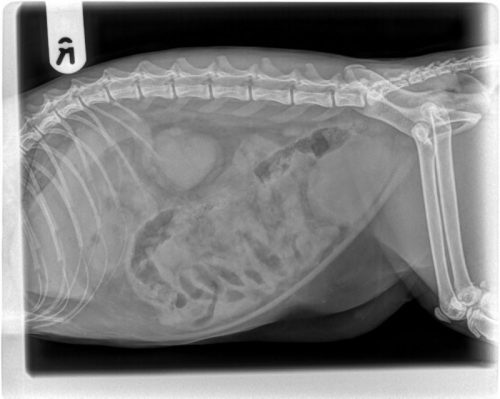 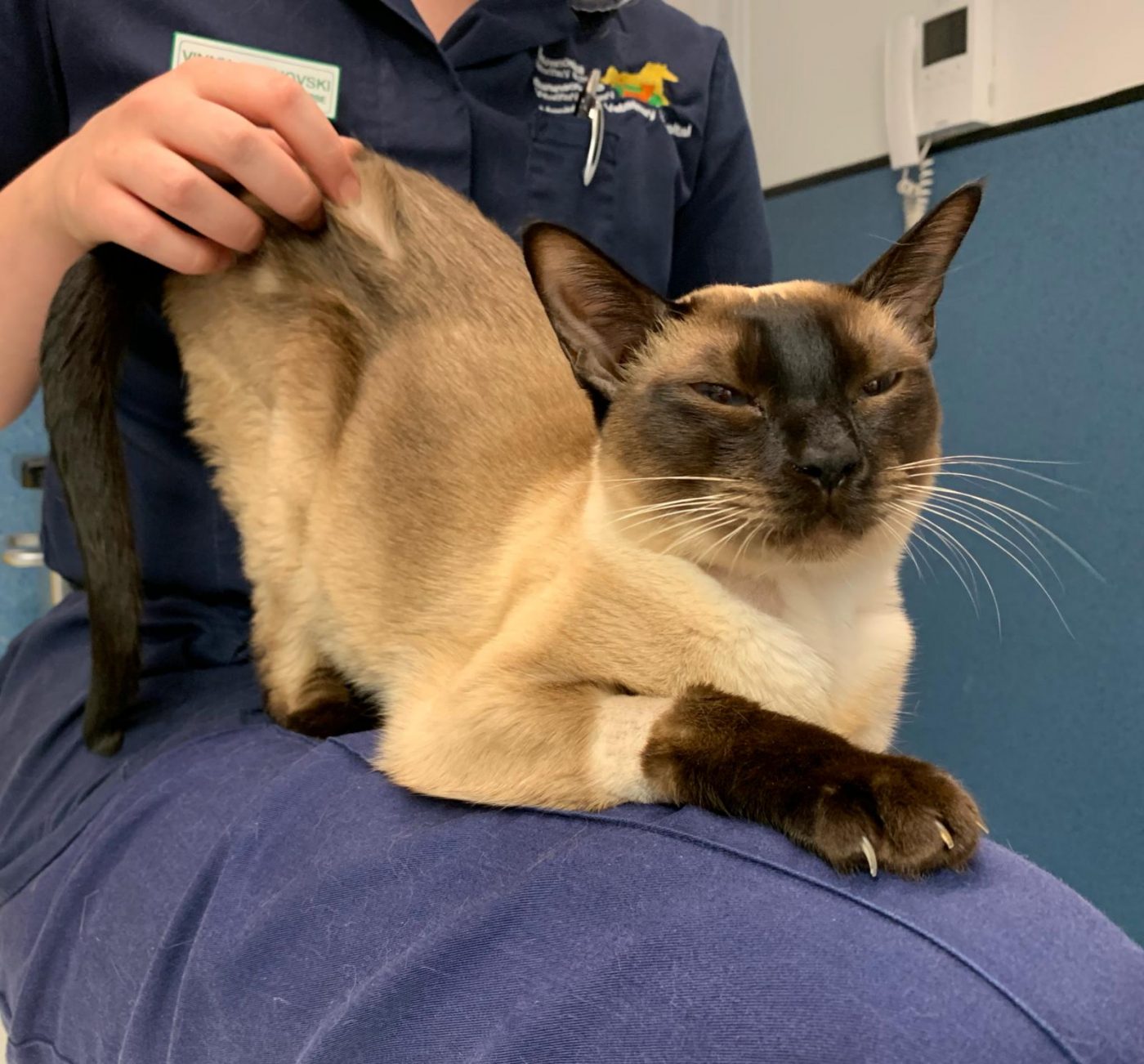